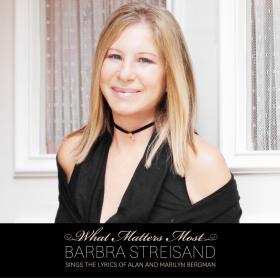 Barbra has long desired to release an album with lyrics only by her longtime collaborators and dear friends, Alan and Marilyn Bergman, and that dream is realized with her latest release What Matters Most – Barbra Streisand Sings the Lyrics of Alan and Marilyn Bergman. The new album, which Barbra personally produced, features ten Bergman songs which she has never previously recorded and achieves her long-held desire to devote an entire album to the amazingly varied and consistently inspired music of the Bergmans.