Behind the Gold Curtain of Donald Trump’s Résumé 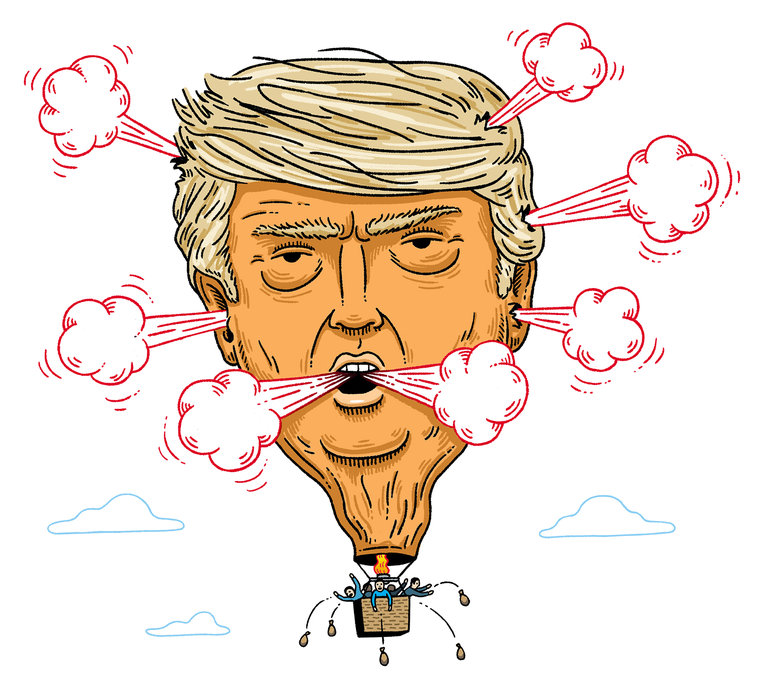 Andrew Beal, a billionaire banker and investor, called me the other day to talk Trump. I had been leaving messages for every prominent business executive I could find who has publicly expressed support of the Republican candidate.

Before I could ask my first question, Beal told me he wanted to get something out of the way. He knew that I would ask about specifics. “Everybody wants to be real specific,” he said. But Beal’s support for Trump has nothing to do with specifics. He grants that he doesn’t know much about Trump’s policy goals or about whom he might choose for key economic positions. He doesn’t even think Trump knows. And that, he explained, is exactly why he supports him. “All these politicians with all these specific plans,” he said. “I think it’s total [expletive].”

His point was that business doesn’t run this way: If you’re hiring someone to be a chief executive, you don’t ask them to lay out every decision they’ll make, years ahead of when they’ll make it. You hire someone whom you trust, and you let them run things. Beal says he knows that Trump will do the right things to make the economy perform better. “You’re going to say, ‘How?’ ” he told me. “I don’t know how. I know that sounds crazy. That’s how the real world operates.”

Now that Trump has sewn up the nomination, a looming question is whether he can consolidate the support of business people behind him. During the last election cycle, Mitt Romney’s business background was a major reason he became the candidate of choice for corporate America; he received huge donations from nearly every major bank, many business-advocacy groups and countless chief executives. But at least so far, such eminences have failed to rally around Trump. The only large corporate donor named in his federal election filings is Aon, the insurance giant; when I called its public-relations office, a seemingly exasperated spokeswoman wanted to make very clear that one employee had given that money and that it did not reflect the views of the company.

Earlier this month, The Times reported that Brian Krzanich, the chief executive of Intel, had planned a fund-raiser for Trump, but the event was mysteriously canceled. Aside from a handful of real-estate developers and investors who have done business with Trump, vocal support from the nation’s corporate elite has been up until now an unusual occurrence. (One rare exception is Peter Thiel, the PayPal billionaire and Gawker persecutor, who backs Trump and has signed on as one of his delegates from California.) I’ve also found next to no support for Trump among economists and business-school professors, a group that included a large contingent of Romney supporters in 2012. Among academic economists, I could find only one: Peter Navarro of the University of California, Irvine, a longtime critic of Chinese trade practices who says he is drawn to Trump’s aggressive stance on trade negotiations.

I asked Trump’s campaign for a list of prominent businesspeople and chief executives who have endorsed him. I was emailed a quote from Trump. “I have too many to mention,” it read. “I get along with everybody.” After further prodding, a campaign spokeswoman provided a list of 10 names, including the chief executives of Nascar and Marvel, as well as several other businesspeople, like Rupert Murdoch and Jack Welch, who opposed Trump for most of the campaign but have recently (and not especially enthusiastically) made statements about party unity. 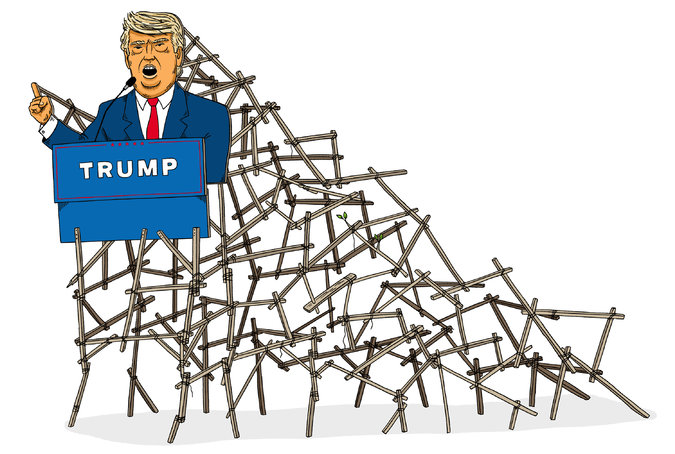 When I talked to some of the few businesspeople who do support Trump, the common refrain was the one I heard from Andrew Beal: that the specifics of his plans were beside the point, because Trump’s proven instincts as a businessman were all that mattered. Phil Ruffin, a Las Vegas billionaire, said: “I can’t tell you his policies. You’re asking me questions I can’t answer. I don’t think he’s fully developed all the policies he has to develop. The details of which will probably come later.” Stephen Stepanek — a New Hampshire state representative and a founder of a company called Hampshire Paper — told me much the same thing. “One of his strengths, as far as I see it: Donald Trump has the unique ability to look at a problem, identify that problem and surround himself with the best possible minds and solve that problem,” he said.

Does he? By many accounts, Mitt Romney did. Romney was an undeniable superstar in the field of private equity, and former business associates praised him as someone who could see a business problem more clearly than others and create powerful, profitable solutions. The professional biography of Trump, by contrast — though the man is clearly exceptional at something — hardly inspires such confidence.

Trump’s primary claim to fame is as a Manhattan real-estate developer. He inherited this profession (and his economic worldview) from his father. But it’s worth stressing that within the world of Manhattan real estate, Trump is a relatively minor player. Yes, there are about a dozen buildings in New York City that bear his name, but nearly all are branding relationships, not actual ownership. He sits so far down the pecking order of Manhattan real estate that Adam Pincus, head of research at the industry publication The Real Deal, doesn’t recall ever including Trump or his companies in their major rankings of developers, owners or property managers. Likewise, Trump’s importance in the industry of casinos and luxury resorts is far below what his public reputation might suggest. After multiple bankruptcies, Trump no longer owns any casinos; he owns only nine hotels, with three more said to be “coming soon.”

Through Trump Productions, he has enjoyed remarkable success with his TV show “The Apprentice.” But of course, that series does not fundamentally belong to him: It was created by Mark Burnett, who cast Trump in the lead. And while Trump’s television franchise at least enjoyed one successful idea before petering out, most of his brand-specific businesses have simply failed outright. The frenetic, panicky way in which he thrusts his name on different products pell-mell — steaks and ties and wine and bottled water and suits and fragrance — has engendered what any corporate branding expert would call “brand confusion.” (What are you communicating when you wear a Trump-branded suit — $143 on Amazon — to a job interview? That you are brash and ambitious? Cocky on the cheap? Or that you don’t know much about suits?)

Recent revelations about Trump University, the failed for-profit college that Trump founded in 2005, have centered around the savagely cynical manner in which sales reps separated students from their money, with an array of high-pressure tactics that included encouraging financially challenged prospects to open up new credit-card accounts in order to pay. But the more striking question is Cuban’s: why a man with as much money as Trump claims to have, presiding over as many successful ventures as Trump claims to own, would stoop to start up a boiler-room business like Trump University, squeezing out revenues from would-be students a few thousand dollars at a time. The fact that he did — even if that decision doesn’t point, as Cuban suggests, to an outright desperation for cash — speaks volumes about Trump’s utter inability to calibrate risk and reward.

When you try to weigh Trump’s record as a businessman, you quickly find that there’s nothing of substance. Think of the characteristics you might find noteworthy in a business leader: A vision of the future? A single-minded focus on excellence? Discrimination and judgment? He’s no visionary, no Steve Jobs who forges new things. Trump’s accomplishments have come from replicating the products and services of others. He seems to lack any instinct for righting a sinking ship. Despite the declarations of his backers that he’ll “get the best people,” his organizations have hardly been magnets for talent — as evidenced by the fact that his leadership teams so often consist of people whose last names are Trump or whose sole accomplishment is having worked for him.

Despite all this, Trump receives extremely high marks among voters for how he would supposedly handle the economy: A Wall Street Journal/NBC poll in May found he outpolled Clinton by 11 points on the issue. The biggest mystery is why so many voters — apparently including, at least for now, some who plan to vote for Hillary Clinton — seem to have fallen for his act. Perhaps it’s simply the fact that in the absence of real information about Trump the businessman, Americans have spent years watching him play the part. His true calling seems to be acting like a successful businessman — a performance made all the more impressive by its distance from reality.